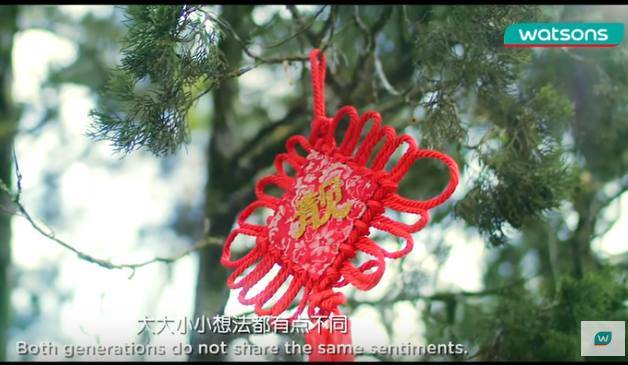 WATSONS’ #HappyBeautifulYear 2020 Chinese New Year video is about the importance of respecting and keeping up with traditions besides bridging the gap between the older and younger generations while encouraging all to appreciate each other as well as stay trendy and beautiful during the celebration.

The festive video that delivers an underlying messages in a comedic and musical style was launched at HGH Convention Centre in Sentul, Kuala Lumpur, with a packed audience comprising Watsons’ business partners, celebrity friends, its ambassadors, Elite card members, the cast and media.

“Generation gaps are very common and we should take this opportunity to bridge that gap, by understanding and respecting the differences of each generation, ” said Watsons Malaysia managing director Caryn Loh, and that Chinese New Year was a time where traditional values should not be forgotten and it was important that these values should be carried on to the next generation.

She said the Watsons CNY video was to promote understanding and bonding between generations in a family, and urged each generation to respect the other and keep the traditions.

It is just as important to stay on trend at all times, she said, and Watsons was offering various promotions and sales under this year’s #HappyBeautifulYear festive campaign.

Loh said there are more than RM2,888,888 worth of prizes, including 118 Samsung gadgets, to be won by Watsons card members from now until Feb 3.

Among the goodies that members can look out for this Chinese New Year are limited-edition Watsons ang pow packets and RM388 dining reward vouchers with a minimum spend of RM80 at any Watsons store, online or via its mobile app.

In addition, customers can take part in the AR Selfie contest #HappyBeautifulYear and win a total of RM8,888 worth of Watsons points.

Watsons Elite members stand a chance of getting a Watsons Limited-Edition Yee Sang plate with minimum purchase of RM288.

For more details, go to watsons.com.my