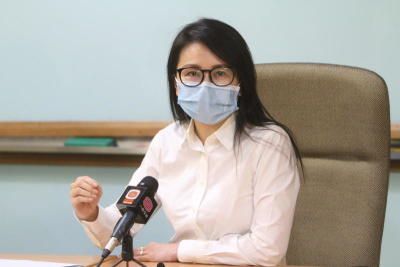 PETALING JAYA: Malaysians must continue to uphold respect, unity, harmony and peace as the nation ushers in the Year of the Ox, says Datuk Nicole Wong Siaw Ting (pic).

“Our nation exudes pride for its multi-racial and multi-religious co-existence, founded on values of mutual respect and understanding.

“But we cannot be complacent as there have been incidents in the past which caused us to feel that the relationship between race and religion has become sensitive, even tottering on fragility,” the MCA National Youth chairman said in her Chinese New Year message on the eve of the festivities Thursday (Feb 11).

As such, she called on Malaysians to persist with mutual respect and unity.

“This is so that the values of harmony and peace as envisaged by our nation’s founders and their successors will flow on to the next generations,” she said.

Wong noted that the past year has been a challenging time for the world following the outbreak of the Covid-19 pandemic.

“The number of positive cases across the globe has been on the rise and statistics of deaths are even more distressing,” said.

However, despite a rise in cases in the co untry, Wong said that there is a glimmer of hope following an indication of a flattening of the curve of infections in other countries.

“We hope that the launch of the vaccine programme scheduled to begin at the end of the month will improve the situation in our country and things will gradually return to normal,” she said, adding that this would also rejuvenate the economy and set it back on track.

Wong, however, acknowledged the year ahead would be a challenging one.

“Last year, we encountered unprecedented challenges, but the challenges in the coming year will be even greater,” she said.

“It is my earnest wish that the coronavirus affecting our nation will be brought under control as quickly as possible, and that the Year of the Ox will usher in political stability combined with economic revitalisation and prosperity,” Wong added.

Britain’s Prince Charles pays tribute to ‘my dear Papa’ who gave such devoted service
South Asia surpasses grim milestone of 15 million COVID-19 cases: Reuters tally
Covid-19: Teachers, students in SRJK (C) Bukit Beruang to undergo 10-day quarantine after pupil tested positive
Hong Kong’s multimillionaire population hit record high last year even as its economy had its worst recession on record
Explainer: How Japan plans to release contaminated Fukushima water into the ocean
Follow us on Facebook
Follow us on Twitter
Follow us on LinkedIn
Follow us on Pinterest
Follow us on Instagram
Follow us on YouTube