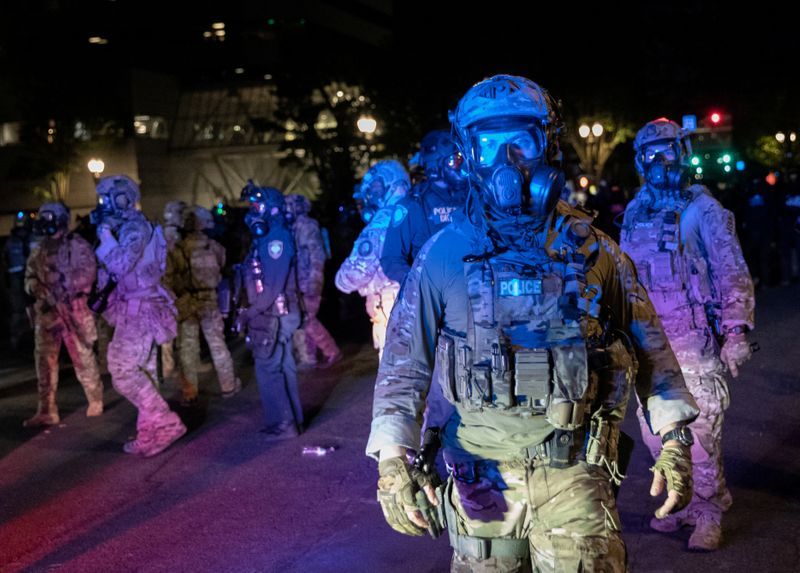 WASHINGTON (Reuters) – President Donald Trump on Thursday said the governor of Oregon was not doing enough to reign in protesters in Portland and that U.S. agents would not leave the city “until there is safety,” one day after the state and his administration reached a deal to phase out a federal law enforcement presence.

“Kate Brown, Governor of Oregon, isn’t doing her job. She must clear out, and in some cases arrest, the Anarchists & Agitators in Portland. If she can’t do it, the Federal Government will do it for her. We will not be leaving until there is safety!” Trump tweeted.