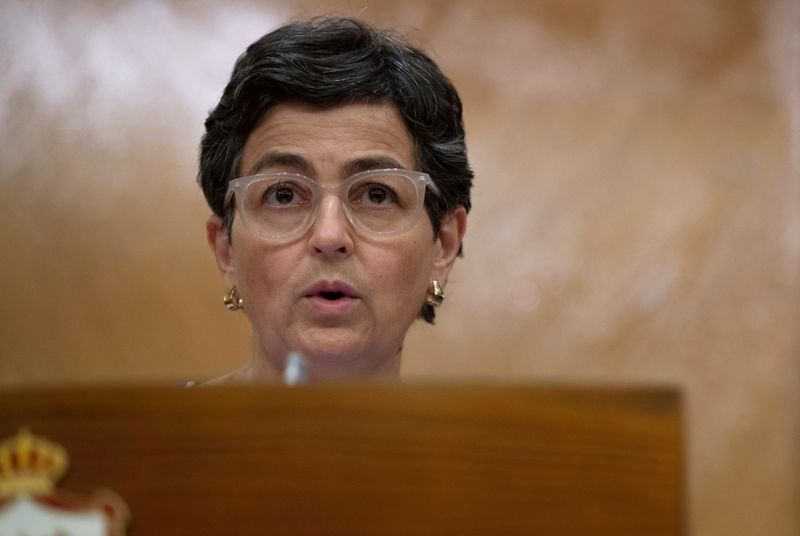 MADRID (Reuters) – Time is running out to find a Brexit agreement between Spain and Britain over Gibraltar, Spanish Foreign Minister Arancha Gonzalez Laya said on Thursday.

At stake in the talks is avoiding a hard European Union border in southern Spain after Britain completes its departure from the EU at the end of this year.

Spain ceded Gibraltar, a rocky enclave near its southernn tip, to Britain in 1713 after a war, but claims sovereignty over it. About 15,000 people commute daily from Spain to Gibraltar, which has a population of 32,000.

“Talks between Spain and the United Kingdom over Gibraltar continue, but there too time is running out,” Gonzalez Laya told radio station RNE. “We won’t stop until the last second, but we expect in this game the active participation of the United Kingdom.”

Spain has agreed to put the issue of its sovereignty claim to one side for now to focus on the opportunity to keep the border with Gibraltar open.

“The UK and the Government of Gibraltar have held a number of constructive discussions with Spain on this issue,” a spokesperson for Britain’s Foreign Office said.

“It is clearly in all parties’ interests to find a solution, to ensure ongoing well-being and prosperity in the region.”

In a 2002 referendum, 99% of Gibraltarians rejected any idea of Britain sharing sovereignty with Spain. But in 2016, nearly 96% of voters in Gibraltar backed staying in the EU, while in Britain proper the referendum vote was 52-48% in favour of leaving the bloc.

With just five weeks left until Britain finally exits the EU’s orbit, both London and Brussels are calling on the other to move their positions to clear the way for a trade deal that would avoid a tumultuous finale to the five-year Brexit crisis.

(Reporting by Inti Landauro in Madrid and Gabriela Baczynska in Brussels; Writing by Ingrid Melander; Editing by Mark Heinrich)