Tens of thousands of people who spent the last two months locked down in Wuhan were preparing to leave the city to return to jobs in other parts of the country after the unprecedented restrictions on movement were lifted on Wednesday.

The ban was lifted two weeks after a similar relaxation in the rest of Hubei province, which has a population of 60 million, roughly the size of Italy’s.

People can now leave the city if they have been given a clean bill of health and much of the city’s transport services, including ferries and taxis, will be allowed to resume operations.

People will still need to carry a QR code or paperwork showing they are in good health before being allowed to leave residential compounds and use public transport or enter shops.

Tang Zhiyong, a Wuhan native and vice-president of furniture company Red Star Macalline, said he was planning to head for Shanghai, where the company is based, on Wednesday.

“As a business manager, I normally need more rest, but I feel like I need to work now,” said Tang. “I’ve been trapped in Wuhan for more than two months.”

Tang said he had continued to be paid while he was stuck in the city, and the government has also announced measures to help companies keep staff on their payroll during the lockdown.

Last month the State Council issued a directive aimed at protecting jobs by promising to cut fees or subsidise businesses.

Wuhan’s relaxation came about a week after China decided to ban entry of most foreign nationals, as the official number of cases reported inside the country remained low while the pandemic gained momentum in other major economies.

In the past two weeks, most grocery stores and supermarkets in Wuhan have reopened, and traffic within the city has grown more vibrant. 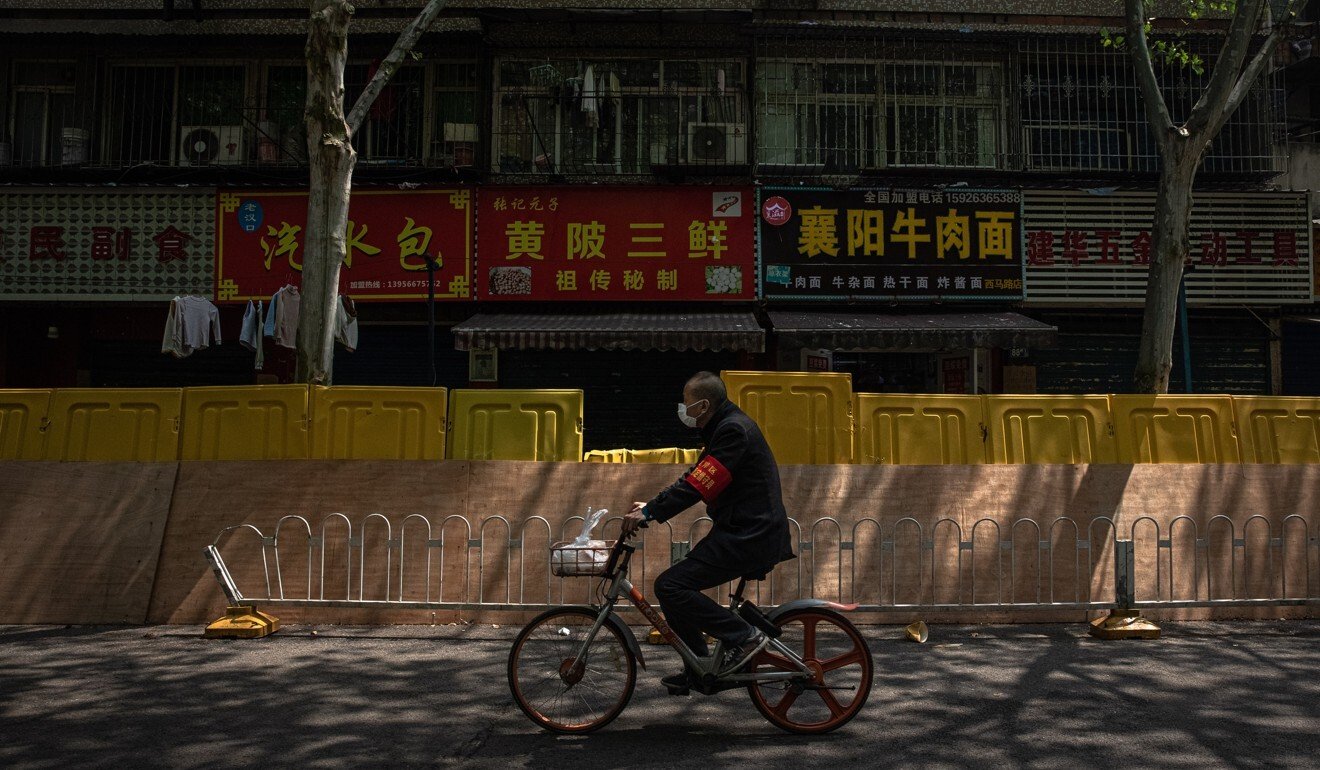 The municipal police said on Tuesday that traffic levels in the city of 11 million have reached about half the level in December, before the outbreak was identified.

All 75 road checkpoints set up on the outskirts of the city will be removed, state-owned newspaper Changjiang Daily reported.

The city went into lockdown just before Lunar New Year, a time when tens of millions of people travel across China to visit their hometowns.

The state-owned China Railway Corporation predicts that 55,000 passengers will leave the city on Wednesday. About 40 per cent of them are bound for the Pearl River Delta in Guangdong, it added.

A man who only gave his surname Zhang said he would get back to Beijing to continue his job at an IT company.

“My residential community has done a rough estimation of how many people will go to Beijing, and had a Covid-19 test arranged for us. My test is negative,” he said.

For others, the lockdown has not yet ended. Xiao Fei, a PhD student who lives inside the Huazhong University of Science and Technology, is still not allowed to leave the campus.

“I guess there will be a very long time before life can return to normal,” said Xiao. “People in Wuhan can leave the province tomorrow, but I guess people in other provinces will be afraid of them, and I expect to see lasting discrimination.”

The city still face the tough and complicated task of identifying its asymptomatic patients and keeping track of recovered patients who might test positive again, said Tao Cunxin, an official with the city’s ad hoc Covid-19 leadership group.

The city reported an additional 34 asymptomatic cases on Monday. It did not give number Tuesday, only making public the province total of 18.

New cases have been recorded in about 70 residential compounds in the city over the past three days. However, more than 97 per cent per cent of the city’s compounds are now classed as “virus-free”, according to the provincial health authorities.

Sign up now and get a 10% discount (original price US$400) off the China AI Report 2020 by SCMP Research. Learn about the AI ambitions of Alibaba, Baidu & JD.com through our in-depth case studies, and explore new applications of AI across industries. The report also includes exclusive access to webinars to interact with C-level executives from leading China AI companies (via live Q&A sessions). Offer valid until 31 May 2020.