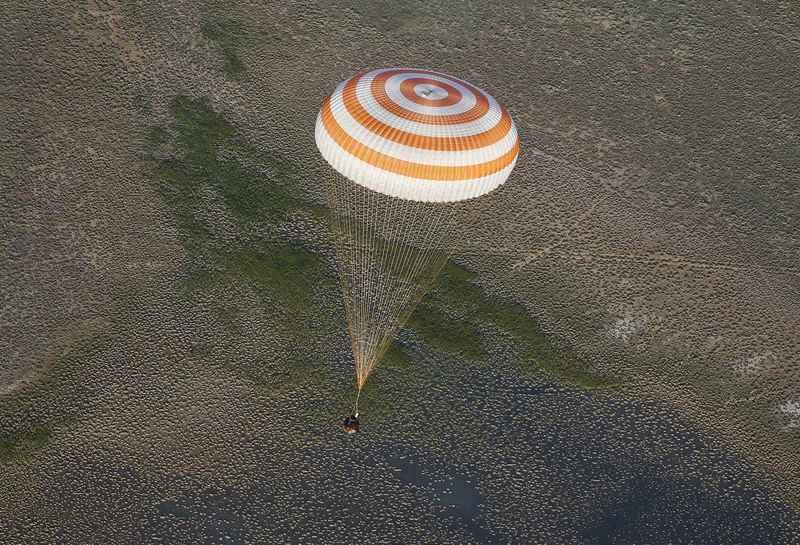 CAPE CANAVERAL, Fla. A Russian cosmonaut and a French astronaut returned to Earth on Friday aboard a Russian Soyuz capsule after six months at the International Space Station, while their U.S. crewmate remained on the orbiting laboratory for an extended stay, a NASA television broadcast showed.

Russia’s Oleg Novitskiy and Thomas Pesquet, with the European Space Agency, strapped themselves inside the spacecraft and left the station at 6:47 a.m. EDT (1047 GMT) as the complex sailed 250 miles (400 km) above Earth.

One seat aboard the capsule was empty as U.S. astronaut Peggy Whitson, who flew to the station with Novitskiy and Pesquet in November, will remain in orbit until September. She is filling a vacancy left after Russia scaled down its station crew size to two members from three.

“We of course are going to miss Oleg and Thomas. They are exceptional astronauts,” an emotional Whitson said during a ceremony on Thursday, where she turned over command of the $100 billion station to Russian cosmonaut Fyodor Yurchikhin.

“Peggy is a legend,” Pesquet said. “We’re a little bit sad to leave her behind, but we know she’s in very, very capable hands.”

Whitson, Yurchikhin and astronaut Jack Fischer, also with the National Aeronautics and Space Administration, will manage the station until a new crew launches in late July.

“That will be a little challenging,” Whitson said during an interview with Reuters on Wednesday. “I was up here on my previous two expeditions and it was only a three-person crew, but it was a much smaller station at that point in time.”

“Still, I think it’s quite doable,” she said.

Whitson, who is serving on the station for a third time, broke the U.S. record in April for cumulative time in space. By the time she returns to Earth in September, she will have accumulated more than 660 days in orbit.

Russian cosmonaut Gennady Padalka, with 878 days in orbit, is the world’s most experienced space flier.