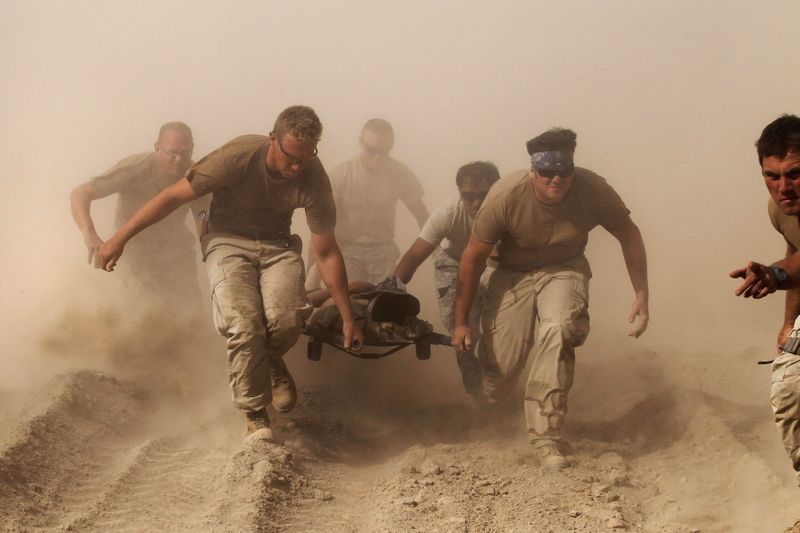 In a White House speech, Biden set a deadline for withdrawing all 2,500 U.S. troops in Afghanistan by Sept. 11, exactly 20 years after the al Qaeda attacks on the United States that triggered the war. “We went to war with clear goals,” Biden said. “We achieved those objectives.”

“The Islamic Republic of Afghanistan respects the U.S. decision and we will work with our U.S. partners to ensure a smooth transition. As we move into the next phase in our partnership, we will continue to work with our US/NATO partners in the ongoing peace efforts. Afghanistan’s proud security and defense forces are fully capable of defending its people and country, which they have been doing all along, and for which the Afghan nation will forever remain grateful.”

“There will be very difficult challenges and further hardship ahead in Afghanistan, and the U.S. must remain engaged diplomatically and through our development efforts to support the Afghan people, particularly those who have taken extraordinary risks on behalf of human rights. But after nearly two decades of putting our troops in harm’s way, it is time to recognize that we have accomplished all that we can militarily, and that it’s time to bring our remaining troops home. I support President Biden’s bold leadership in building our nation at home and restoring our standing around the world.”

“I’m very disappointed in the President’s decision to set a September deadline to walk away from Afghanistan. Although this decision was made in coordination with our allies, the U.S. has sacrificed too much to bring stability to Afghanistan to leave without verifiable assurances of a secure future.

“It undermines our commitment to the Afghan people, particularly Afghan women. I urge the Biden administration to make every effort between now and September to safeguard the progress made and support our partners in the formation of an inclusive, transitional government.”

“Now that there is an announcement on foreign troops withdrawal within several months, we need to find a way to coexist.

“We believe that there is no winner in Afghan conflicts and we hope the Taliban realize that too.”

“What do we lose by pulling out? We lose that insurance policy against another 9/11.

“There’s no great outcomes, but this is the worst possible outcome – to pull out and hope that things will turn out well.

“With all due respect, President Biden, you have not ended the war. You have extended it.”

“When the time comes for the U.S. military to withdraw, the U.S. government’s ability to collect and act on threats will diminish. That’s simply a fact.”

“This is not an easy decision, and it entails risks. As I said for many months, we face a dilemma. Because the alternative to leaving in an orderly fashion is to be prepared for a long-term, open-ended military commitment with potentially more NATO troops.

“This is not the end of our relationship with Afghanistan but rather the start of a new chapter. NATO allies will continue to stand with the Afghan people but it is now for the Afghan people to build a sustainable peace that puts an end to violence.”

“I can tell you this was an inclusive process, and their [U.S. military leaders’] voices were heard and their concerns taken into consideration as the president made his decision.”

“Peace is the only thing that all people want but if foreign troops stay here, the realization of peace in Afghanistan will be impossible. Their presence will (continue) to cause problems.”