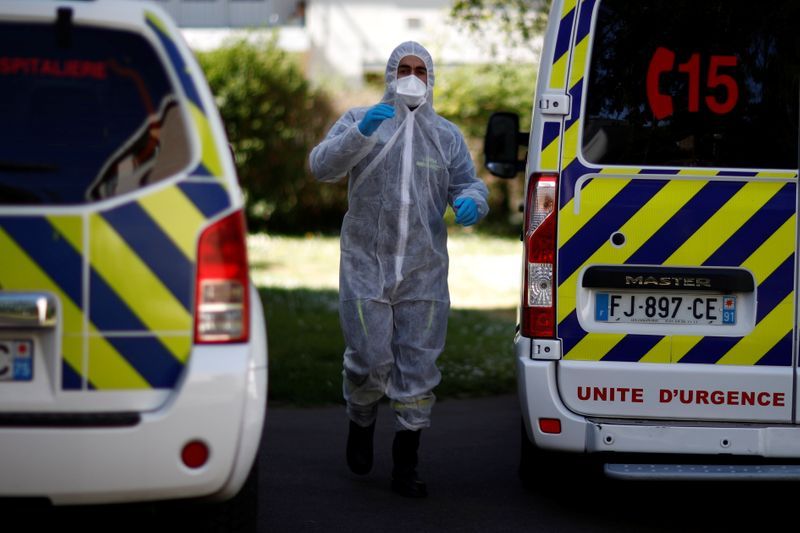 PARIS (Reuters) – French health authorities reported 1,346 new confirmed coronavirus infections on Friday, which took the total to 187,919 as new cases are above 1,300 per day for the third day in a row, the highest since late April.

In a statement, the health ministry also said that the number of people in intensive care units due to the disease fell by a further 10 to 371. On Thursday, that figure had increased by just one, which was the first daily increase after falling every day since April 9.