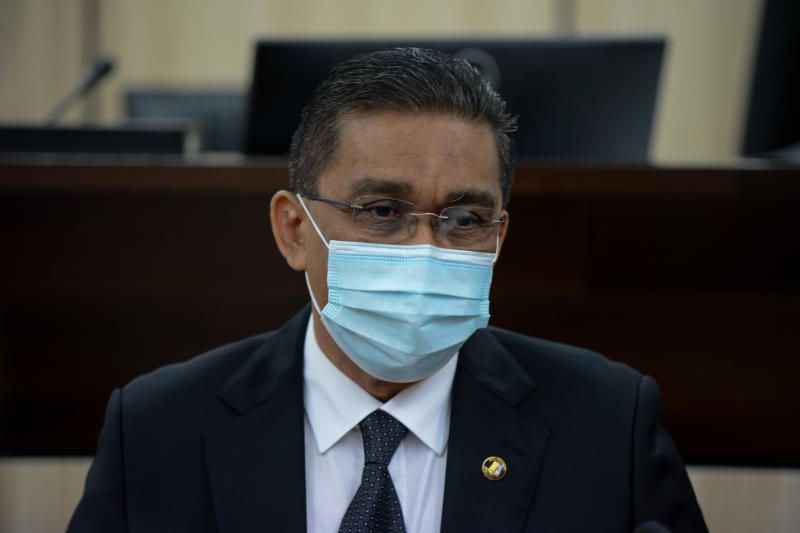 PETALING JAYA: The proclamation of the state of Emergency is not with a political motive, nor does it suspend the Federal Constitution, says Minister in the Prime Minister’s Department (Law and Parliament) Datuk Takiyuddin Hassan.

He said that the declaration was made by the Yang di-Pertuan Agong Al-Sultan Abdullah Ri’ayatuddin Al-Mustafa Billah Shah on the advice of the Cabinet, and after much deliberation with top authorities in the government to manage the Covid-19 pandemic which has become unmanageable using only the Prevention and Control of Infectious Diseases Act 1988 (Act 342).

In a live talk show on RTM1 Bicara Naratif, Takiyuddin was repeatedly asked whether the state of Emergency was for the Prime Minister Tan Sri Muhyiddin Yassin to hold on to power.

“The King legislates the Emergency Ordinances according to the Constitution. The Constitution is not suspended. The present set of laws remain in place unless there are new ordinances which were legislated which overwrites the current laws,” said Takiyuddin.

He explained that a state of Emergency allows the government to take urgent actions under the Federal Constitution to handle critical situations.

“The Prime Minister also mooted the setting up of a special committee to advise the King during the state of Emergency, comprising government and opposition MPs, as well as experts from various fields, NGOs and social activists.

“I have written to the Opposition Leader (Datuk Seri Anwar Ibrahim) and until today, I have not received any names.

“There were some who questioned our motive for advising the King for a state of Emergency, but unlike the 1977 state of emergency (declared following a political impasse and street violence in Kelantan), the Perikatan Nasional government is not taking over any of the opposition states. What we want is for them to work with us to contain the pandemic together,” said Takiyuddin.

He also told off those who alleged that the government was running away from holding general elections by advising the King for a state of Emergency.

“Look at the Prime Minister’s speech on Jan 12 in announcing the state of emergency. He said he wants a new mandate and has no qualms for calling a snap poll, but he wants to manage the Covid-19 pandemic first.

I am sure once the pandemic is under control and manageable, the Prime Minister and Cabinet would not hesitate to advise the King to call for a dissolution.

“Managing Covid-19 is choosing between life and death of the people. Elections is about winning and losing positions. What is more important?

“Stop the rhetoric and let us work together to contain the pandemic first,” said Takiyuddin in the one hour show.

The King has proclaimed a state of emergency nationwide from Tuesday (Jan 12) until Aug 1 as a proactive measure to contain the Covid-19 pandemic.

The King stated that he agreed to the decision after a meeting with Muhyiddin on Monday (Jan 11).

The Opposition, however, has questioned if the King was badly advised by Muhyiddin to cling on to power and not to contain the pandemic.