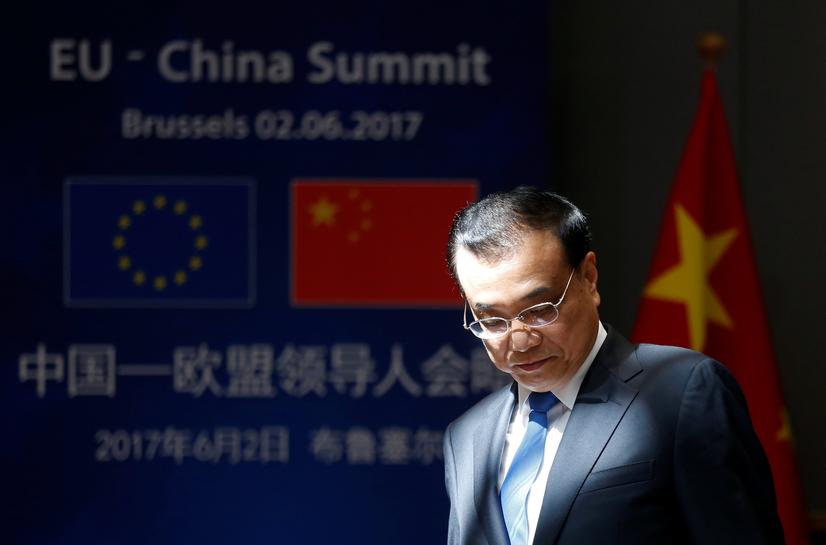 SHANGHAI/SINGAPORE The U.S. decision to withdraw from the Paris climate accord has bolstered China’s stature and diplomatic power, and could help Beijing achieve longer-term ambitions to upgrade its economy and dominate lucrative new industries.

China – the world’s biggest source of climate-warming greenhouse gases – has been at the heart of global efforts to persuade the United States, the second largest emitter, to remain in the 2015 Paris agreement. The pact calls on countries to commit to helping keep global temperature rises at lower than 2 degrees Celsius.

The long-anticipated withdrawal announced by President Donald Trump on Thursday will boost China’s influence in global climate politics and ease pressure to make more ambitious CO2 cuts of its own, analysts said. It could also further strengthen China’s position in potentially lucrative sectors like renewables, nuclear power and hybrid vehicles.

“Just a short few years ago, China was the climate bad boy,” said Li Shuo, senior climate change advisor with Greenpeace. “Geopolitical shifts often happen over a scale of decades, but I feel the world has changed over the past few hours.”

China was long viewed as a major obstacle to a binding global climate deal, especially during 2009 negotiations in Copenhagen, where Beijing insisted advanced industrial nations should bear the bulk of the burden when it comes to cutting CO2.

Though China’s stance has changed little, its diplomatic position was enhanced first in Paris, where joint pledges made by Presidents Barack Obama and Xi Jinping helped push the deal over the line, and now by its efforts to keep the Paris agreement in play in the face of U.S. opposition.

As the United States begins the process of withdrawal, a joint EU-China statement on Friday underscored the commitments of both sides to the Paris accord and to “strengthen efforts over time” to combat climate change.

“We are going to see closer cooperation between China and the European Union in accelerating the energy transition into a low-carbon economy,” said Frank Yu of energy consultancy Wood Mackenzie.

“The U.S. withdrawal of the Paris accord will offer an unprecedented opportunity for China … to ascend in leading global climate affairs,” he said.

China pledged to bring its carbon emissions to a peak by “around 2030” or earlier as part of a joint pledge made with the United States ahead of the 2015 Paris talks, which helped bridge the gap between developed and developing countries.

Beijing has repeatedly insisted the pledges, which also included plans to establish a nationwide carbon trading system by this year, were part of its own sustainable development goals and did not depend on a successful Paris deal.

But the U.S. withdrawal means it is now under less pressure to bring emissions to a peak substantially earlier than 2030, or to introduce even tougher commitments, as the Paris agreement allows.

“China has been making more efforts to promote green financing and cut coal consumption and emissions due to China’s own requirements, not in order to be a more influential global climate leader,” said Xu Zhaoyuan of the Development Research Center, a Chinese cabinet think tank.

China has sought to dominate a wide range of clean power technologies in recent years to address rampant pollution and heavy energy demand.

China spent $103 billion in renewable power and fuels in 2015, according to the International Renewable Energy Agency. By comparison, the United States invested $44 billion, while the EU spent $49 billion, down from a 2011 peak of $123 billion.

But Lin Boqiang, director of the China Center for Energy Economic Research at Xiamen University, called Washington’s move a “double-edged sword” for China, saying that any U.S. relaxation of restrictions on fossil fuels could reduce market opportunities for China’s solar panel manufacturers.

If the United States withdraws support for clean industries and lowers environmental standards, some analysts expect a shift in technological leadership and investment away from the United States and toward Asia and Europe.

“The U.S. withdrawal from Paris may slow down global progress on climate change, but will not reverse it, leaving the U.S. in catch-up mode regarding the clean energy transition,” said Peter Kiernan of the Economist Intelligence Unit.