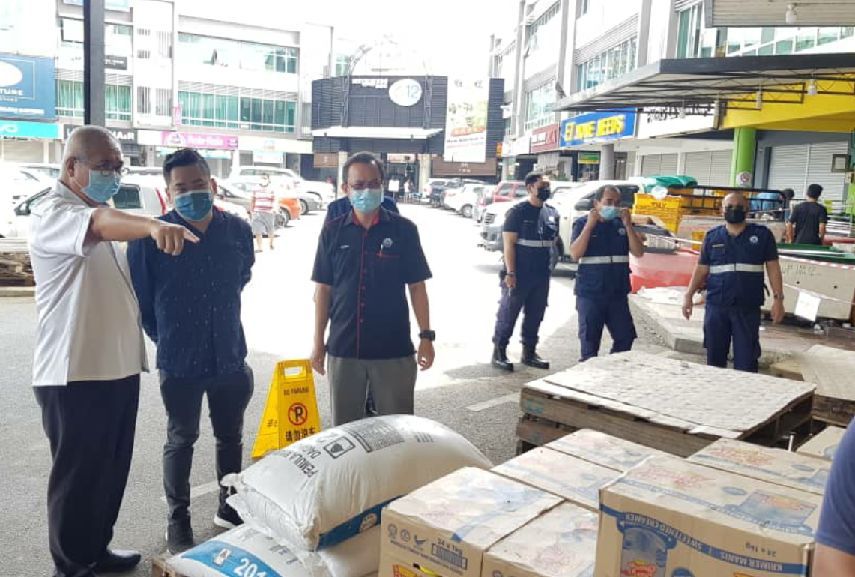 MIRI: Miri mayor Adam Yii has called on the police to not be too excessive when RM1,000 fines to members of the public caught for simple acts of ignorance, such as not writing their full names when dining in at eateries.

Yii said the police have the authority to help enforce the standard operating procedures (SOPs) in the ongoing battle against Covid-19 infections, but added that they must not be excessive when issuing compounds during their enforcement rounds.

He told The Star on Sunday (Aug 2) that he had raised the matter with the State Disaster Relief Management Committee office in Miri.

“There have been complaints from the public here of overly-harsh acts by the police when they issue compounds related to the Covid-19 SOPs here in Miri.

“The latest case of a youth being issued a RM1,000 compound for not writing his full name when eating chicken rice can be deemed too harsh. I have asked the Disaster Relief Committee and the police to review the manner in which they issue the compounds,” he said.

According to Yii, in the incident that happened in the city centre the youth had jotted down all the required details but did not write his name in full and added that it is too harsh to be fined RM1,000 just for that.

When contacted, Sarawak Deputy Police Commissioner Datuk Dev Kumar said the state police headquarters in Kuching had not been told of the incident.

“I will check on this case,” he said.

The police are helping the Health Department to enforce Covid-19 prevention SOPs to battle the second wave of infections that have hit Sarawak.

Police personnel are issuing compounds to those caught flouting the law with regard to social distancing, wearing face masks and temperature checks and jotting personal contacts and details when dining at eateries.

Sarawak has recorded 19 deaths and more than 650 positive cases of Covid-19 so far.