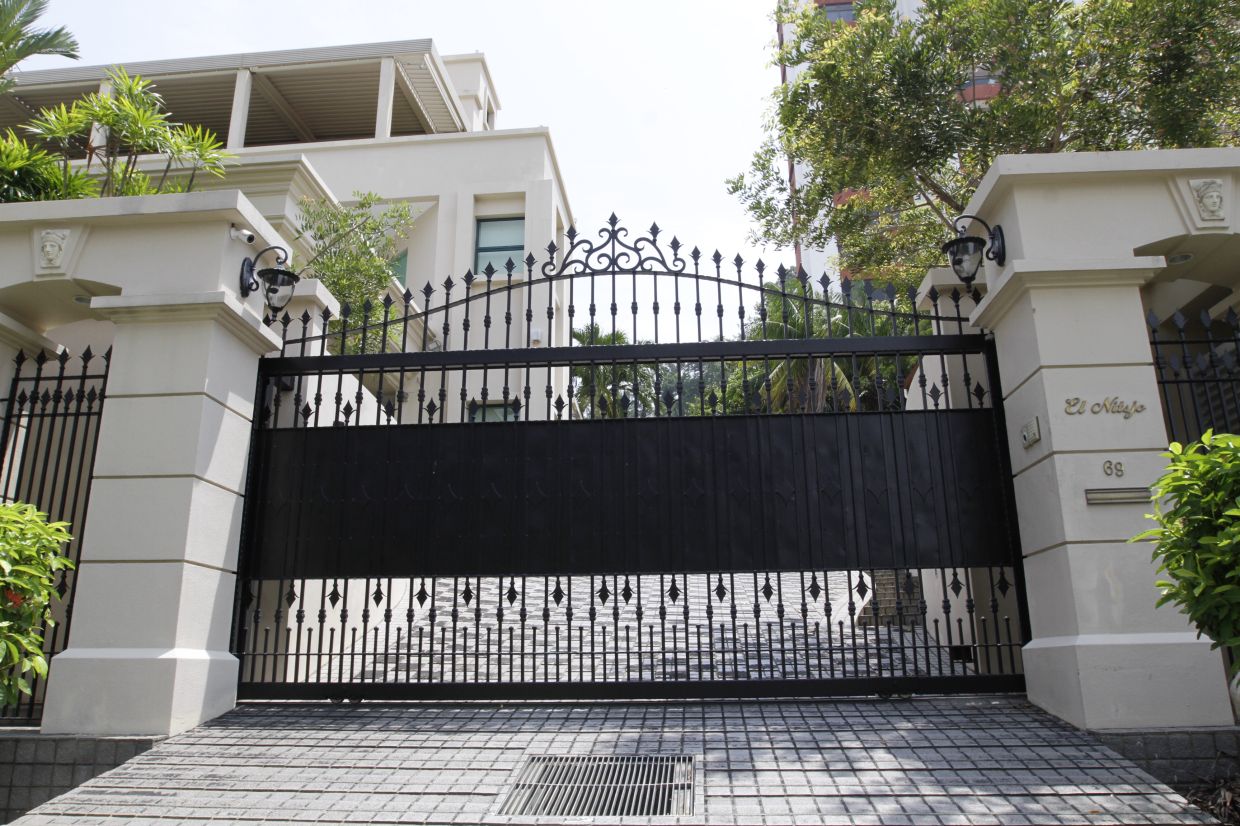 KUALA LUMPUR (Bernama): The High Court here on Monday (April 5) was told that a bungalow in Tanjung Bungah, Penang, owned by Puan Sri Goh Gaik Ewe, the mother of fugitive businessman, Low Taek Jho, or Jho Low, should not be a subject matter on the ongoing forfeiture suit, as it is not related to the 1Malaysia Development Berhad (1MDB) scandal.

Lawyer M. Puravalen, who is representing Goh, 69, submitted that no averments were made regarding the house, which was built on two plots of land purchased by Goh back in 1990 and 1993, based on the sale and purchase agreement produced in court today.

“The Issue Document of Title for both pieces of land was also produced and it clearly shows that the registration of transfer was endorsed and occurred on July 11,1990, and Aug 4,1993, respectively.

“There was no averments found to explain how the bungalow is related to any illegal proceeds or misappropriated funds. The prosecution failed to establish any facts explaining the involvement of the house in the predicate offence or any unlawful activities, ” said the lawyer in his submission in the government-linked forfeiture suit against Goh and 17 others.

Puravalen further said that the purchase and building of the bungalow predated the very existence of 1MDB, which is the subject matter of the predicate offence by more than a decade and a copy of the Certificate of Occupation of the bungalow dated June 22,2000, issued by the local council of Penang Island serves as supporting evidence as well.

“The documents show that Goh was the registered owner to date and there were no changes in terms of ownership of the land. As such, I submitted that the prosecution has failed in discharging their burden of proof against the property, ” he said.

On the deposits in the three bank accounts belonging to Goh, Puravalen said the prosecution did not provide any documentary evidence or supporting material to explain several deposit transactions in Goh’s account.

However, he said the prosecution did not offer any evidentiary proof that these bank accounts belonging to Goh were used in the commission of the money laundering offence relating to the sovereign wealth fund scandal.

“The affidavit affirmed by one of the 1MDB investigating officers, ACP R. Rajagopal, also did not provide any explanation regarding the deposits that were mentioned regarding the bank accounts owned by Goh.

“No money trail or movement of money was described by Rajagopal to support his contention that the deposits were proceeds of illegal activity or crime. Hence, we are asking for the dismissal of the suit, ” he said.

On May 8,2019, the Attorney-General’s Chambers filed a notice of forfeiture over hundreds of items including branded handbags and 27 vehicles seized from former prime minister Datuk Seri Najib Tun Razak, his wife Datin Seri Rosmah Mansor, their three children and 13 individuals and companies, said to be linked to 1MDB.

The application was filed on the grounds that the prosecution, acting under Section 56 (1) read together with Section 376 of the Criminal Procedure Code, was satisfied that the items seized between May 17,2018, and March 11,2019, were related to an offence under Section 4 (1) or as the result of illegal activities involving the respondents.

The hearing before Justice Mohamed Zaini Mazlan will resume on April 23. – Bernama