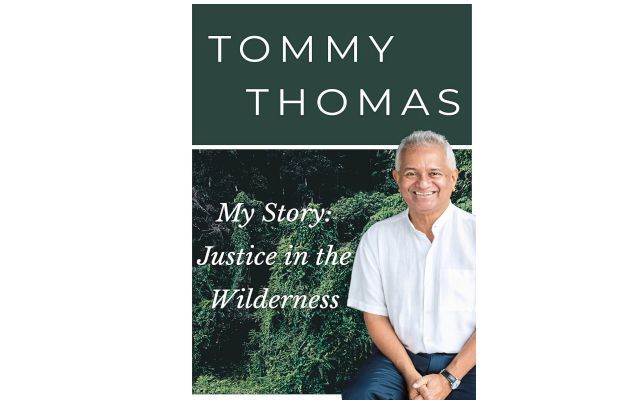 Its chief Mohd Hairi Mad Shah said that the wing, together with four other organisations, including Johor Baru Umno, have lodged police reports against Thomas.

“There are many allegations and accusations being thrown that should not have been made by a former attorney general,” he said Saturday (Feb 6).

Hairi was speaking to the media after lodging a police report at Johor Baru South police headquarters on Saturday.

He also alleged that Thomas had insulted the Judicial Appointments Council (JAC) in the appointment process of several high-ranking judges.

“In his book, Thomas claimed the appointment of the Chief Justice, Court of Appeal president and other high-ranking judges decided by former premier Tun Dr Mahathir Mohamad came from his suggestions, as he was familiar with all the Federal Court judges.

“The wing sees this as an insult towards the JAC, which plays a huge role in the process of appointing high-ranking judges in the country, ” he added.

Hairi also said Thomas had insulted deputy public prosecutors and also the Attorney General’s Department, which he once led.

He alleged that Thomas had insulted Umno several times in his memoirs, not only towards individuals, but also against the whole party’s institution.

Hairi said in pages 456 and 460 of Thomas’ book, the latter claimed the injuries sustained by fireman Muhammad Adib Mohd Kassim were due after getting pinned by a fire engine.

“This is far from the truth, as the Shah Alam Coroner’s Court decided otherwise on Sept 27,2019, ” he added.

Meanwhile, Johor police chief Comm Datuk Ayob Khan Mydin Pitchay said that as of Saturday afternoon, a total of 16 reports have been lodged in the state against Thomas.

He added that the police have classified investigations under Section 500 of the Penal Code, Section 203 A of the same Act and Section 8 of the Official Secrets Act.