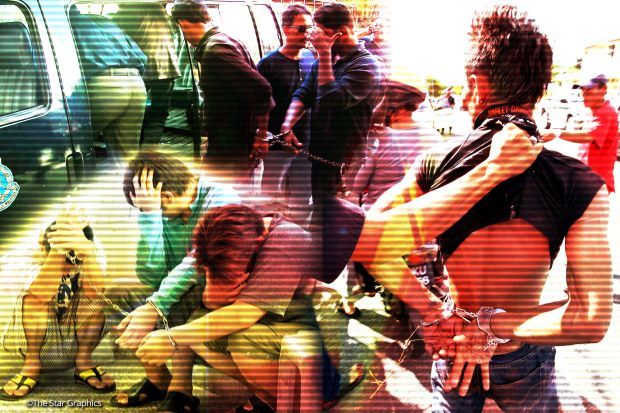 ISKANDAR PUTERI: The police have issued compounds to some 40 individuals, including one Vietnamese for violating the movement control order (MCO) at a karaoke centre in Skudai here.

Iskandar Puteri OCPD Asst Comm Dzulkhairi Mukhtar said that the compounds were issued following the raid at Taman Nusa Bestari Jaya, Skudai at about 12.10am on Saturday (Feb 27).

“They were given compounds for failing to put on face masks and for not practicing social distancing.

“Meanwhile, one foreigner is also being investigated under Section 15(1)(c) of the Immigration Act,” he said in a statement here on Saturday (Feb 27).

He added that six were also arrested under Section 15 (1)(a) of the Dangerous Drugs Act 1952 after testing positive for methamphetamine.

“We have also arrested a man who works as the manager and cashier at the centre under Section 6(2) of the Johor Entertainment and Places of Entertainment Enactment,” he said.

He said that the police also seized a television, two microphones, a disc player, a speaker, two walkie-talkies and a piece of white paper believed to be a list of booked rooms.