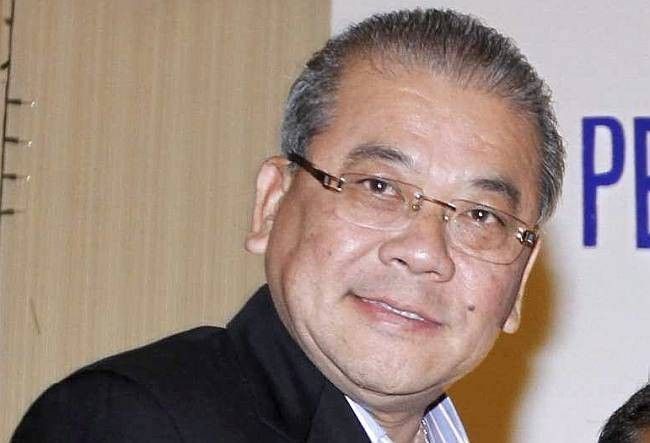 He said that the association did not send any representatives for the two dialogue sessions with the Ministry on the standard operating procedure (SOP) for Chinese New Year.

Goh said he was puzzled by the statement from the Ministry and hoped that it could clarify its statement quickly to avoid any unnecessary confusion.

“If we were invited by the relevant government departments or agencies, we certainly would have sent our representatives to provide our views and proposals on the issue, ” he said in a statement Saturday (Feb 6).

The National Unity Ministry has said that it will put forward views by the Chinese community regarding the SOP for the Lunar New Year celebration to the National Security Council (NSC).

Goh said he welcomed and supported the Ministry’s initiative in conducting such dialogue sessions with the Chinese community to gather their views on the matter and relay them to the NSC for it to draft a new and better Chinese New Year SOP that is more acceptable to all quarters.

The Association also said it was glad to note the assurance by the Ministry that “any consideration given to the views and pleas will be incorporated into the Chinese New Year SOP and will be announced by Senior Defence Minister Datuk Seri Ismail Sabri Yaakob.”

Huazong also reiterated its stand that the government must continue to respect and preserve the Chinese community’s long-established cultural and religious traditions of having reunion dinners with family members and to conduct religious rituals to pay homage to their ancestors and Chinese deities, at home.

Goh said that Huazong recognised the impact of the Covid-19 pandemic in the country, and therefore fully supported the government’s decision to continue to impose the movement control order (MCO) and SOP during the Chinese New Year period.

However, Huazong said it remained steadfast in defending the long-established Chinese cultural tradition of having a reunion dinner and conducting religious rituals, at home.

“When there are some shortcomings in the SOP which caused dissatisfaction among the people, the government should take serious note of it and take immediate actions to rectify it, ” he said.

Citing an example, Goh said family members who are living in different houses but in the same area within the 10km radius permitted under the movement control order or within acceptable parameters should be allowed to have a reunion dinner together.

He hoped the government could immediately clarify and rectify this matter.

Goh added that as long as the reunion dinner is being held within the perimeter of the house and does not exceed the number of people mandated by the SOP, it should be allowed.

He also reminded the Chinese community to always place the safety and health of their loved ones first, to remain vigilant and to comply fully with the SOP issued by the government while celebrating Chinese New Year under the new norms.

On Thursday (Feb 4), the government announced the Chinese New Year SOP which stated that the festival which falls on Feb 12 this year was to be celebrated among those living in the same house.

This included the reunion dinner, which falls on Chinese New Year eve on Feb 11.

Prayers at temples were also not allowed, except for only five of the temple’s committee members.

Other activities such as lion dances, lantern processions, Chinese operas, other stage performances as well as visits and cross-border travel were not allowed.