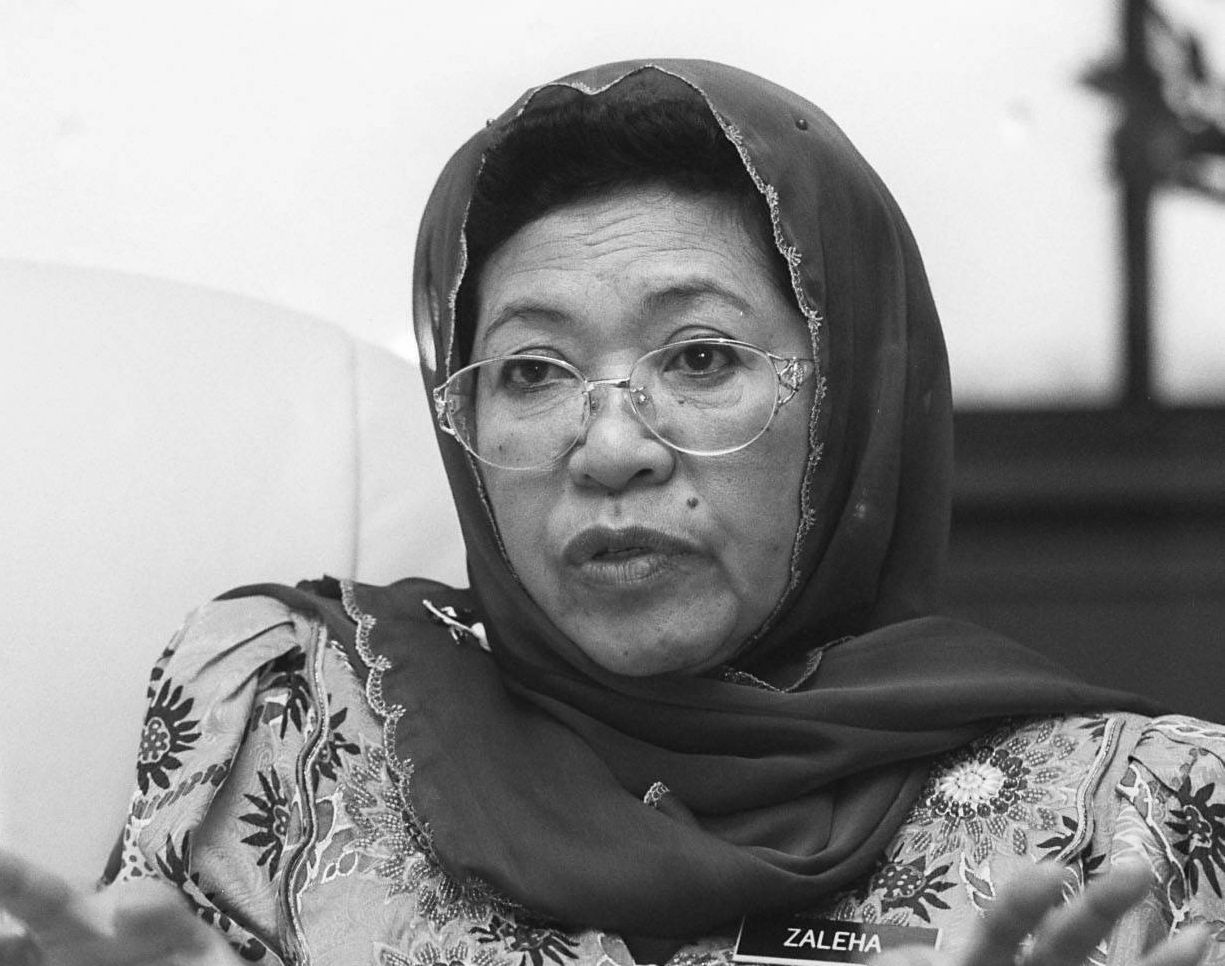 Zaleha died at about 8.15pm on Saturday (Nov 14) at a hospital in Kuala Lumpur due to several health complications, said her brother-in-law Abdul Aziz Shahrin, 60, when contacted by Bernama.

He said Zaleha was at home when she had breathing difficulties at 6pm. She was then taken to hospital for treatment.

“Her remains will be brought to the Salahuddin Al-Ayubbi Mosque in Taman Melati here, at 9am tomorrow (Nov 15) for prayers, before being laid to rest at Taman Ibukota Muslim Cemetery,” he said.

Zaleha was Deputy Transport Minister before she served as National Unity and Community Development Minister from 1995 to 1999.