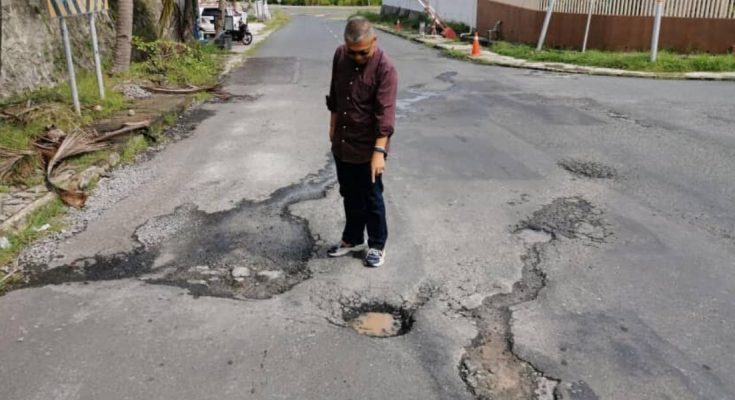 SANDAKAN:  Elected representatives in Sandakan have been taken to task over the delay to act on complaints from residents on potholes at a road in Taman Grandview.

The problem has persisted since June last year and residents have reported it with the respective elected representative offices but are disappointed that nothing has been done about the damaged road until today.

On Thursday, MCA Central Committee member and Batu Sapi Division chairman Datuk Chew Kok Woh was approached by one resident who felt he was taken on a merry-go-round ride when he raised the matter to the attention of the elected representative offices in June last year.

This resident came to me to air his frustrations with what he claimed was inaction by the elected representative offices in handling his complaints over a “not too complicated” issue, Chew said after inspecting the affected stretch of road at Taman Grandview.

Chew who expressed his dismay over the delay in resolving the problem, said the least the elected representatives or their aides could have done was to give some ideas when the repair work would be undertaken.