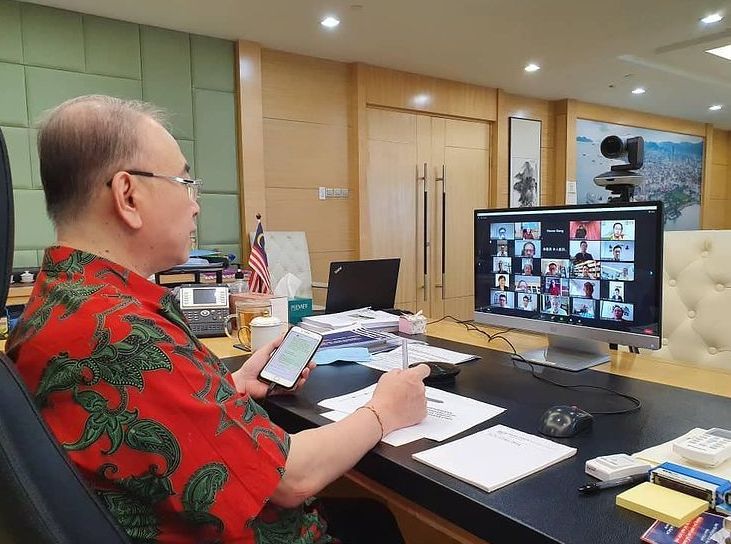 The Transport Minister said that the Prime Minister has taken heed of the concerns and disappointment expressed by various quarters on the recently-announced SOP.

“The government has heard your voice. This concern can be resolved in a safe and SOP-compliant manner. Let us all be patient and allow the official announcement to be made soon, ” he said in an Instagram post on Sunday (Feb 7).

In the picture, the MCA president was seen having a virtual meeting with over 20 people at his office.

On Thursday (Feb 4), the government announced the SOP, which stipulated that only those living under the same roof could be present for the reunion dinner and prayers.

This caused an uproar within the Chinese community, especially among those whose family members live nearby.

Additionally, prayers at temples are also not allowed except for five of the temple’s committee members while lion dances, lantern processions, Chingay and other stage performances are prohibited as is cross-border travel.

Senior Minister Datuk Seri Ismail Sabri Yaakob subsequently said he was puzzled by the criticism over the SOP, as according to him, discussions were held with the respective religious and cultural bodies.

However, groups which attended the meetings said they were not told of the eventual decision, as they were there only to give their views.

They had said that they were caught off guard with the SOP that was announced.