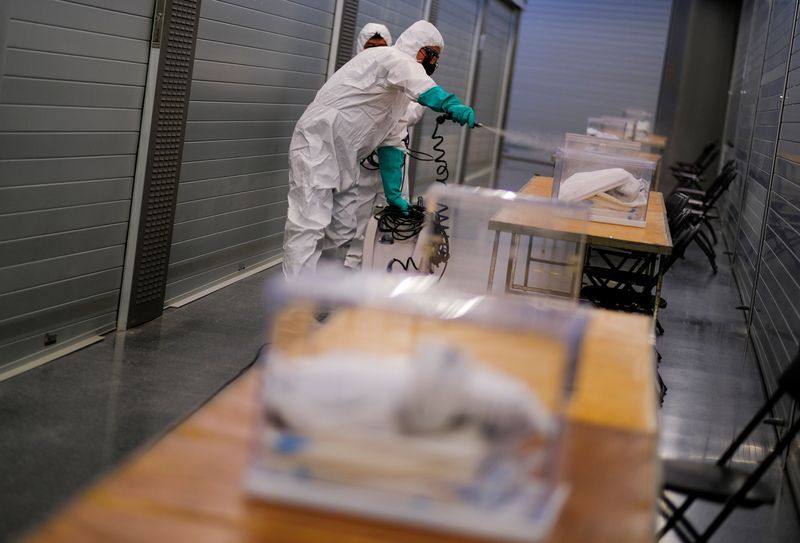 BARCELONA (Reuters) – Catalan voters head to the polls on Sunday for an election that will test the strength of the Spanish region’s pro-independence movement in an era now dominated by the coronavirus pandemic.

Whether the election is won by the separatist parties now in power in the region or the Socialists who lead Spain’s central government, it is unlikely to lead to any repeat of the chaotic, short-lived declaration of independence in late 2017.

But it will still be an important signal of the separatists’ appeal and could effect the political trajectory of the pro-independence movement for years to come. Opinion polls point to a low turnout, with voters worried about the risk of contagion at polling stations.

In the last election, held months after the failed independence bid, an anti-independence centrist party placed first, but the two main rival separatist parties, the centre-right Junts and leftist Esquerra Republicana de Catalunya, elbowed it out to form a government.

Tensions have ebbed substantially since then, and the campaign has largely focused on how to tackle the pandemic.

Recent opinion polls have shown the Socialists – who oppose independence but favour dialogue – slightly ahead, although they would need support from other parties to form the first anti-independence regional government in nine years.

He has ruled out governing with the support of far-right Vox, which could win seats in Catalonia for the first time.

If separatists manage to retain control, a new independence declaration appears very unlikely, as the movement is divided between moderate and confrontational approaches and its top leaders are jailed or fled Spain after the 2017 events.

“We have always maintained that it’s better to agree on a referendum with Spain,” Pere Aragones, Esquerra’s candidate and acting Catalan head of government, told Reuters.

He said achieving a combined 50% vote share would let separatists push for a referendum from a position of strength, but ruled out any unilateral independence move in the short run.