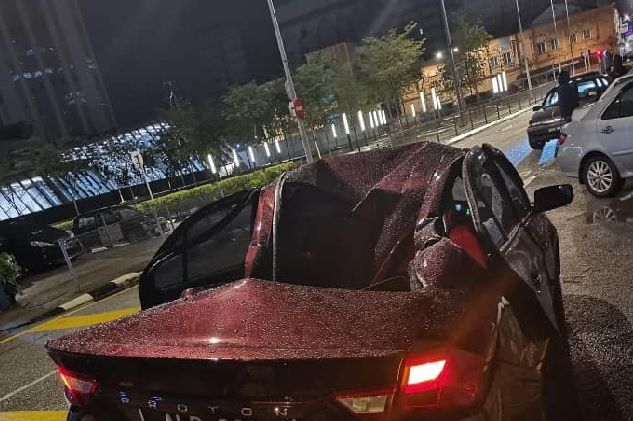 KUALA LUMPUR: Police have determined that it was a crane, and not falling debris from a construction site, that damaged a car during a Sunday evening (Sept 20) incident on Jalan Len San in Cheras.

“At around 8.30pm on Sunday on Jalan Len San, an accident occurred between a sedan and another vehicle, believed to be a crane.

“The car was hit from behind and the crane knocked the car’s roof.

“The driver was trapped and has been successfully rescued with help from the Fire and Rescue Department,” said Kuala Lumpur Traffic Investigation and Enforcement Department chief Asst Comm Zulkefly Yahya in a statement in the early hours of Monday.

He added that that no injuries were reported.

“After the accident, the crane driver did not stop and has not filed any report (as of 1am),” he said.

He reiterated that no fallen objects were found at the scene as was rumoured on social media.