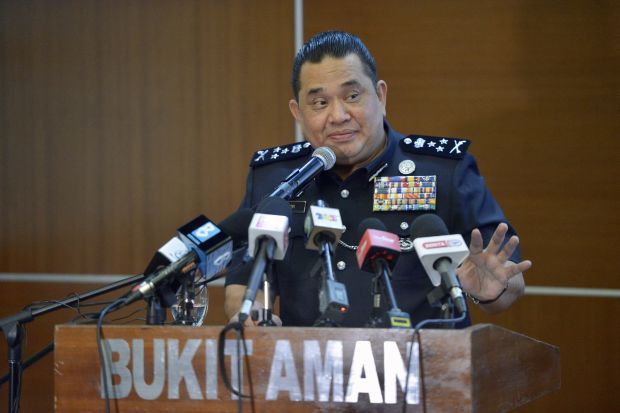 KUALA LUMPUR: Crime is on a downward trend in the country this year, mainly due to the Covid-19 pandemic, says Bukit Aman.

Federal CID director Comm Datuk Huzir Mohamed (pic) said they recorded a 23% reduction in crime between Jan and Nov 15 this year compared to the same period in 2019.

“We also managed to arrest 893 suspects for snatch theft this year compared to 527 suspects last year,” he said in a statement on Tuesday (Nov 17).

Comm Huzir said the police were aware that Malaysians were worried that crime could be on the rise as many were out of work or had less income due to the Covid-19 pandemic.

He said a video on YouTube and also being spread on WhatsApp claiming that crime was rising because people were losing work was categorically false.

He added that the number of cases were decreasing but the police would not stop its efforts to further reduce crime.

“The police will continue to ensure this downward trend in crime continues through comprehensive action to ensure safety and maintain public order.

“We also advise the public not to share or publish any inaccurate news or pictures on crime not verified by the relevant authorities,” he said.

He said such acts could cause public anxiousness and also create a wrong perception of enforcement agencies, especially the police.