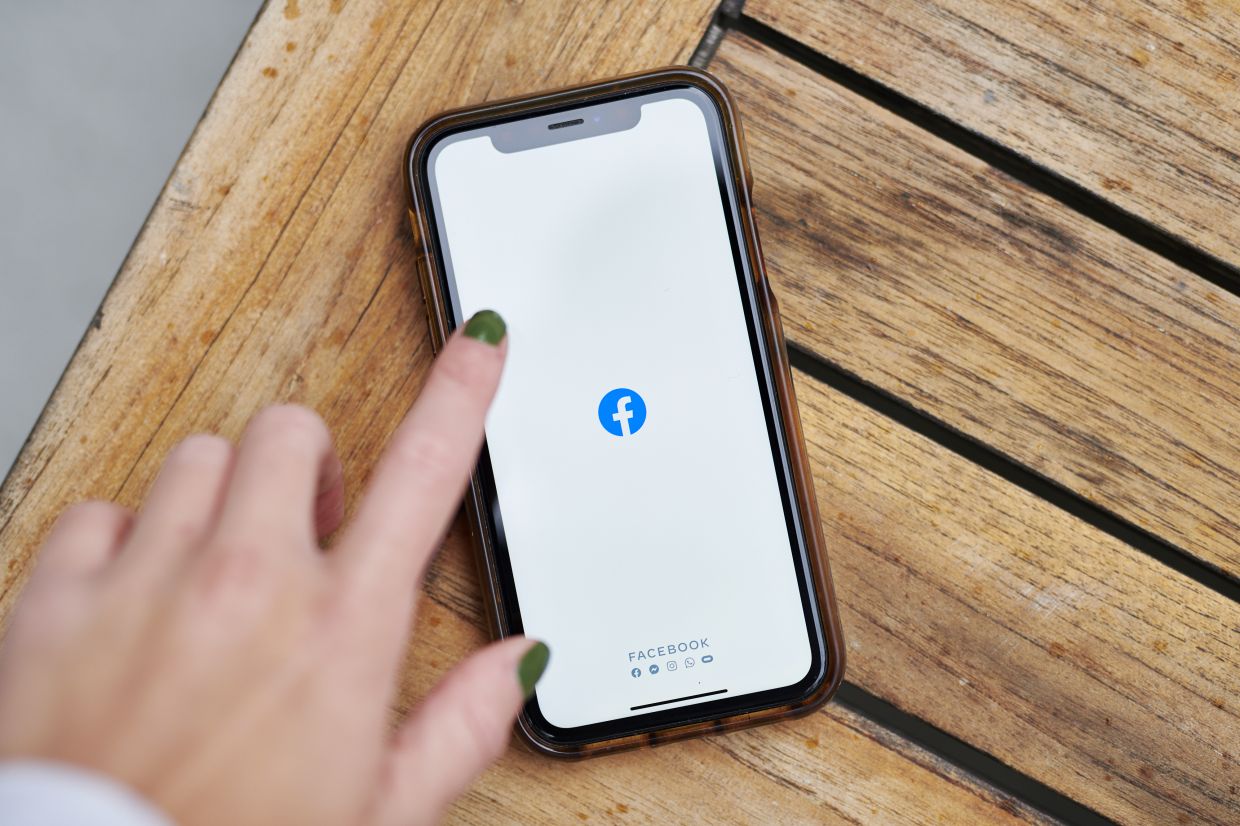 Shopper Sandra Stephenson has a story to share, actually three of them, that should make anyone stop, step back and think three times before rushing to buy the next cute thing they spot on Facebook, Instagram or other social media platforms.

She ordered a “Mama Bear” T-shirt for herself. Supercute with sunflowers, she says. She spent US$36 (RM146) and change. She faced long delays but ultimately a package did arrive. Unfortunately, it included a flimsy shirt that looked absolutely nothing like the “Mama Bear” on that Facebook ad.

“What I got was some see-through funky bear,” the Davison woman said.

She ordered another item from another vendor, what looked like a really cool outdoor rocking chair for camping. Never showed up. “That one got me to the tune of US$39.98 (RM162.62),” she told me.

Stephenson, 45, tried to complain; of course she did. “The only person I could get on the phone was this angry little man from India,” she said.

He initially tried to upsell her into buying more items, even when the first thing she ordered never arrived.

Things got worse after that. He escalated to throwing around language that you’d hear if you stole somebody’s parking space on Black Friday. “The F-word was the nicest thing he said,” she said.

And she ordered a third item, what she thought was a pretty necklace and earrings set for her mother for the holidays. A real deal at US$14.98 (RM61). By now, you get the picture, the gift never, ever showed up.

She’s out roughly US$100 (RM406) after three online shopping mishaps and she’s got nothing, absolutely nothing, to show for it.

The US Federal Trade Commission reports that more consumers are complaining about losing money after responding to an ad or posting on Facebook, Instagram, LinkedIn, Snapchat, TikTok and Twitter. Such complaints showed a sharp increase in the second quarter of 2020 as more people ordered online during the pandemic.

In the first and second quarters of 2020, the FTC received 43,391 complaints about undelivered online shopping orders. About one in four of those complaints indicated that the problem started on social media.

Consumers are warned to watch out for imposters who claim to be a well-known brand or retailer. We’re told to be sceptical of lesser known outfits with clever gift ideas or super low prices. Don’t trust unfamiliar sites selling hard-to-find gifts or name brand goods at steep discounts.

“It’s horrible to do people that way,” Stephenson said. As a caregiver, she says, she works hard for her money. She even spent an extra US$10 (RM41) to return that pitiful sheer top back in hopes of getting what she really ordered. She never received another item. Nothing, just out the US$10 (RM41).

“I foolishly thought sending it back, they would make it right,” she said. “It’s just shameful.”

Stephenson blames Facebook and how fake gifts seem to be popping up on the social media giant’s platform.

She’s aware that Facebook is cracking down on political posts. Facebook’s Mark Zuckerberg, for example, posted Sept 3 that Facebook, among other things, that week alone “took down a network of 13 accounts and two pages that were trying to mislead Americans and amplify division” about the political process and election.

“If you’re going to monitor everything people are saying, why aren’t you monitoring what people are selling on your site?” she asks.

Facebook did not address my specific questions on what the tech giant is doing this holiday to put a stop to the fake ads.

Instead, a spokeswoman for the company noted that Facebook launched a campaign on Nov 24 with the US Better Business Bureau that includes “quirky digital ads on Facebook, Instagram and other social media platforms” from now through December with tips on how consumers can spot scams and shop safely online.

Facebook also states that if someone believes they’ve spotted a fake ad they can report it on Facebook, or report it to the BBB Scam Tracker at BBB.org/ScamTracker.

So far in 2020, online purchase scams make up more than two-thirds of the reports from consumers through the BBB Scam Tracker.

The less-than-honest outfits aren’t hoping to snatch just US$40 (RM163) here or there. It’s all about volume and ripping off thousands of people at a time.

Anyone can create a business page or ad on Facebook, she said.

“If it’s a scam, at the very least, the person loses money, but in some cases, clicking on the ads can download malware to your device compromising your personal information,” Blankenship said.

When consumers have trouble with an online outfit, they’re often mentioning bogus tracking numbers, never receiving an item that they’ve ordered and ending up with something that isn’t high quality.

One tip: “Look closely to make sure the tracking information comes from a legitimate shipping company. If the information seems fishy, avoid clicking on the tracking link; go to the shipper’s website and type in the code to see if it is real.”

Blankenship said if a retailer doesn’t have any reviews, or very little online presence, you may want to find the item elsewhere. Also, avoid clicking on the ad itself, instead go directly to the website in a separate browser.

Search online for complaints before you buy

As much as you’re tempted to rush, it’s essential to do more research. Check reviews and ratings at spots like BBB.org. Go online and type in the name of the company and the words “complaints”.

When I typed in Starfish – where Stephenson ordered that Mama Bear shirt – and complaints on Google, I found that other consumers are complaining that it’s been three months since placing an order and not receiving an item from The Starfish Store. Some complaints were posted in July through November.

Again, I found consumer complaints online about Lulunina, where Stephenson ordered the camping chair. Consumers reported ordering chairs in June and never receiving them by October or November. And they saw US$39.98 (RM162.62) vanish for each of the chairs ordered.

Stephenson said she is extremely diligent now about doing more research about anything she sees online.

She still plans to shop online this holiday, even if reluctantly, because she wants to practice social distancing given the spiking Covid-19 cases.