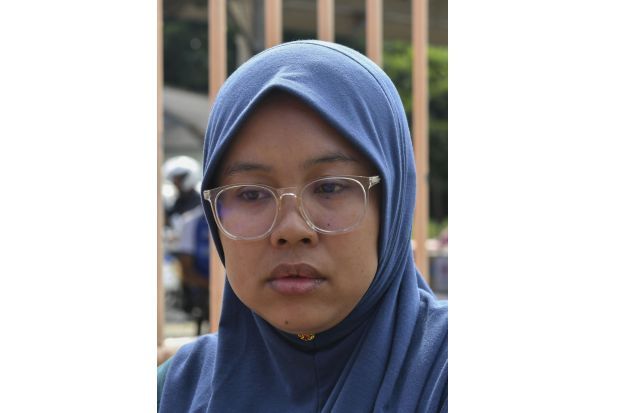 BACHOK (Bernama): “He is a good swimmer, even the skipper told me that my husband was great at balancing his body while in the water, so I’m sure he is still alive, ” said Siti Ayu Ishak, the wife of Arman Ismail, 43, one of the missing anglers in the boat capsize tragedy in Bachok waters on Monday (June 29).

Siti Ayu, 30, said that she still hopes and believes that her husband is alive even though the search and rescue operation (SAR) has entered its fourth day Thursday (July 2) without locating him or two other missing anglers.

“Until today, I am still waiting at the jetty for news on my husband, and our families have not given up hope and perform ‘solat hajat’, praying for my husband’s safety as he has been missing since the day of the incident.

“I also hope the other two missing anglers will be found safe, ” she told the reporters at the Kuala Kemasin fish landing jetty here Thursday.

Siti Ayu, the mother of three young children, aged three to nine, said that her husband had been to sea several times for fishing and squid jigging.

“As he used to go to the sea for such trips, I was not hesitant to let my husband went for the trip on that day, and I did not expect this tragedy at all.

“I’m really hoping for a miracle so that my husband will be found safe and sound. He is the only breadwinner for our family, ” she said.

In the 8pm incident, the boat carrying 20 people including anglers and crewmembers capsized when it was hit by a storm.

On Wednesday (July 1), the SAR operation was expanded to cover 351.6 sq nautical miles but has still been unable to locate Arman, as well as two other anglers, Harun Daud, 57, and Che Wadi Bakar, in his 40s. – Bernama