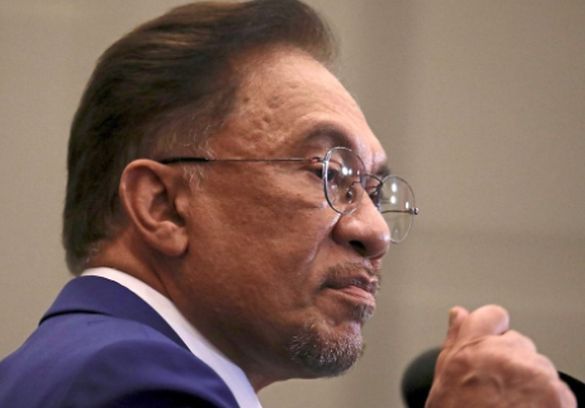 He was seen entering the main gate of the national police headquarters in a black car at around 9.50am on Tuesday (April 27) morning

Over a dozen reporters were also seen on standby across the road from the main gate.

Earlier, Anwar’s lawyer Datuk Sankara N. Nair had said that he presumed Anwar was being called up due to the ongoing investigation into a viral audio clip allegedly of a telephone call between Anwar and Umno president Datuk Seri Dr Ahmad Zahid Hamidi.

On Apr 7, an audio clip of a conversation between two voices sounding like Ahmad Zahid and Anwar went viral.

In the clip, both voices were heard discussing the performance of the former at the recent Umno annual general meeting

It was also mentioned in the conversation that there is a need to hold an extraordinary Umno supreme council meeting to give the president the mandate to make the decision to leave the Perikatan Nasional government.